How does HomeAdvisor work? Well, a lot of us have theories. 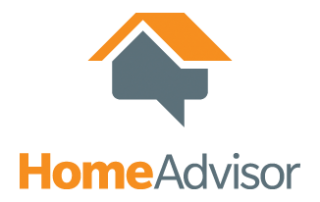 First, let’s start out by imagining what it might be like to HomeAdvisor, a beacon of bad faith, and a target of many a class action lawsuit.

So let’s say we’re HomeAdvisor. This is what we might do in pursuit of profit, particularly if we had, again, very little in terms of ethics.

We would sign up clients from all around the country.

We would say, “Hey Contractor. We’ll start sending you leads.”

We might say, “OK, give us a week and we’ll start sending them.”

Then, we would set up monster Google Ad campaigns in that contractor’s area.

We would set up high end Facebook campaigns in that contractor’s area.

We would use any vehicle necessary to get leads within that contractor’s area.

We would set up a call center to call those leads to raise the quality level.

Then, we would sell those leads to the contractor at a massive markup.

Then, we would do the same thing with the same lead 5, or even 10 times.

Maybe the contractor gets to the lead, maybe not, but it doesn’t matter.

So we would go ahead and rinse and repeat.

Speaking of “rinse”, let’s metaphorically “shower” and wash the HomeAdvisor off ourselves.

Now. What if you took the “imaginary” business model I noted above, that HomeAdvisor *MIGHT* have, for yourself?

(I mean, minus the selling the leads to anyone with a pulse).

You would get the same leads, but the lead  would be INTERESTED in YOU.

You would NOT have 15 competitors calling them first.

Heck, you could even have a marketing company set up those campaigns FOR YOU to ensure you’re getting the absolute best return on your market dollar.

You might think, “But ASGM. Where am I going to get a call center to further qualify the leads?”

To which I would answer: “Well, we ALREADY PROVIDE a call center lead-qualifying service to our clients as part of our marketing campaigns.”

So why deal with HomeAdvisor AT ALL?

Why not be your OWN HomeAdvisor?

But with less class action lawsuits.

And more profit for yourself.

If you need help doing it, get in touch today!

More Platforms For Your Consideration

Take Your SEO Game Plan To The Next Level